Brandon joined Bird Mechanical in 2002 making him the third generation to enter into the family business. Today Brandon is Chief Executive Officer and is responsible for developing and implementing the strategic direction of the company and its operations. In his time with the company Brandon has managed the acquisition of John McKenzie Plumbing, with the focus of restructuring the Bird Mechanical Service and Small Project Department. He has strategically expanded the business with the addition of an HVAC/R department and the Atlantic Canada Office in Nova Scotia. Brandon’s primary objective is to transition the company into new markets while reinforcing Bird Mechanical as a niche service provider in a highly specialized industry. 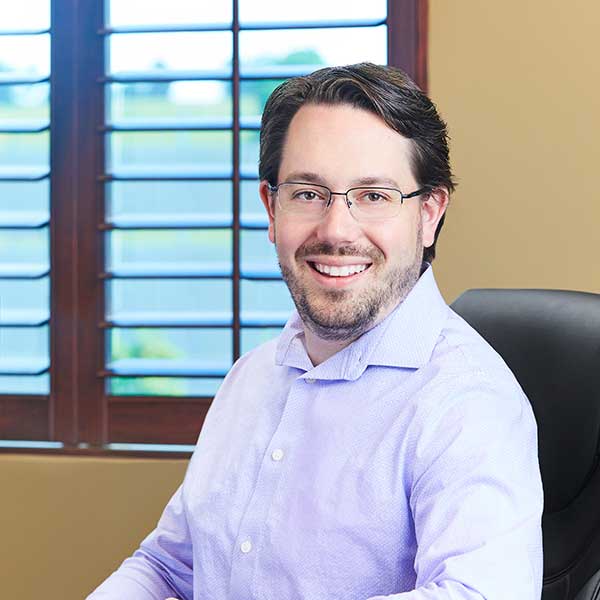 Yolanda joined Bird Mechanical in 2016 bringing with her years of experience in senior financial and accounting positions. In her role as the Chief Financial Officer of Bird Mechanical, Yolanda is responsible for financial planning by performing risk management, analyzing liabilities, investments and creating comprehensive financial budgets. She works closely with the Executive Management Team to develop operational budgets, evaluates and reports finances, and participates in collaboration on the organization’s financial strategic pursuits. As an Officer of the company Yolanda is the primary treasury and manages the working capital, acquisitions and investment analysis. 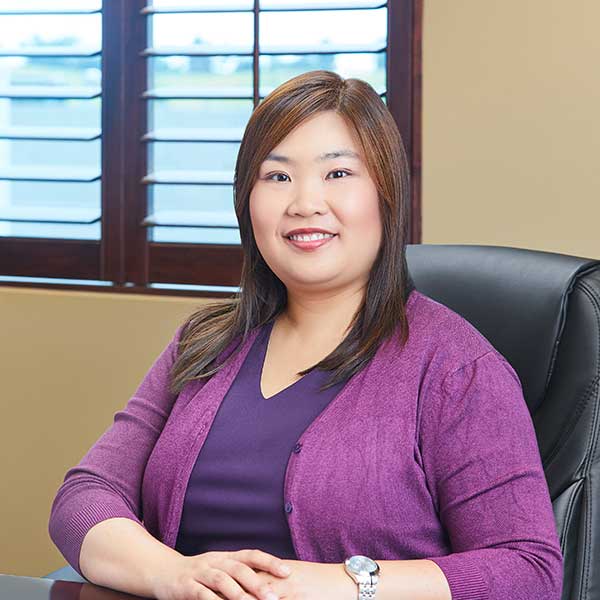 Rey joined the Bird Mechanical Estimating Team in 2007 with a Bachelor of Science in Mechanical Engineering. Over the years Rey has played an integral role in helping the company grow and restructure. In 2018 Bird Mechanical opened our first office location across Canada in Nova Scotia. Rey was an essential part of the growth and success of our Atlantic Canada operations from conception to where it is now. His commitment to building a team of diverse employees has been demonstrated in the expansion and evolution amongst the departments he manages. As a successful dynamic business leader, Rey leads the company in business pursuits and new strategic developments. The departments he manages encompass Estimating, Marketing, Procurement, Assets and Operational Support. The departments work in synergy with one another allowing for growth and expansion, of not only the employees, but the company as a whole. 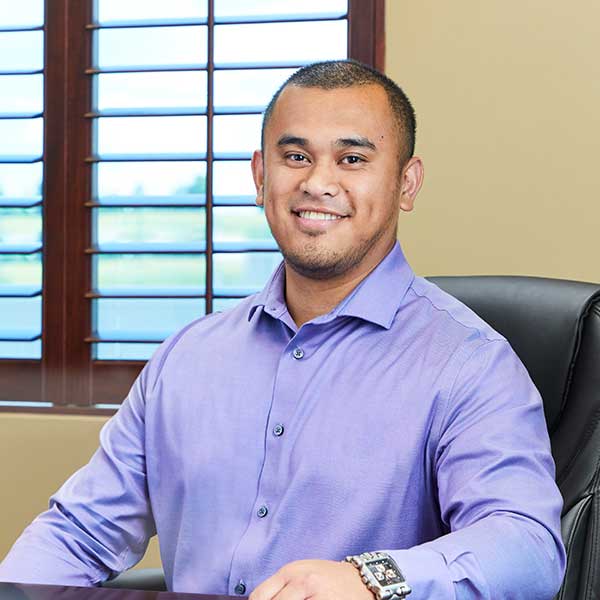 Alex joined the Bird Mechanical team in 2005 where he completed his apprenticeship to become a licensed Plumber. Alex quickly advanced into leaderships roles where he would be able to excel in all aspects of the projects from conception to execution. He has an excellent reputation on and off the field. Before taking over the operations in Atlantic Canada, Alex transitioned into the role of General Manager. In this role he managed the Nova Scotia Operations and worked closely with each of the departments and the managers to implement growth initiatives to better serve our clients. Today, Alex manages the Atlantic Canada and Service/Small Projects departments. In his leadership role, Alex is responsible for the operations, projects and strategic company initiatives in Nova Scotia and Ontario. Alex places an emphasis on business development and client relationships to ensure business continuity. 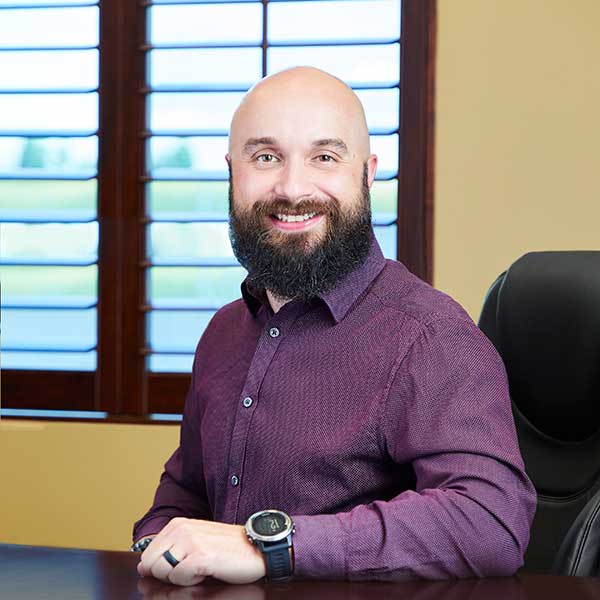 As President of Tin Knockers Custom, Dan Lewis is responsible for running all facets of the business. Formerly, Vice President of Bird Mechanical Ltd., Dan has been recognized for his ability to optimize company offerings while remaining adaptable to industry opportunities and advancements. Dan has held increasingly senior leadership positions from Project Manager, Construction Manager and Vice President. He has accumulated extensive experience in the mechanical and multi-trade construction operations, project management and estimating. Dan is a graduate from the University of Ontario Institute of Technology with a Bachelor of Mechanical Engineering. 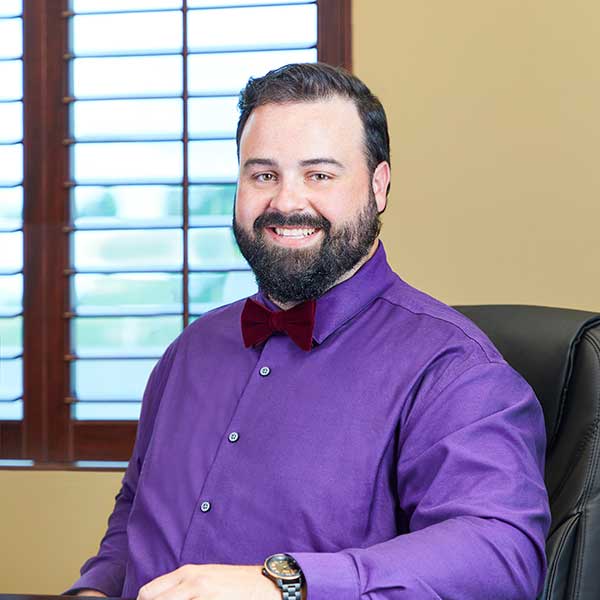 2021
Bird Mechanical celebrates 50 years in business and the successful completion of the Certificate of Recognition (COR™) Accreditation. In addition to this milestone year, Bird Mechanical acquires ownership of Tin Knockers Custom to expand our service offerings in the structural steel, custom metal work, sheet metal fabrication and installation.
2020
Bird Mechanical made the 2020 Growth List recorded as one of Canada’s fastest-growing companies. In response to the fight against the COVID-19 pandemic, Bird Mechanical stepped up our health & safety resources including infectious control and emergency preparedness training to support our staff, clients and the facilities we service.
2018
Bird Mechanical makes the move to Nova Scotia to open our Atlantic Canada Office. In Ontario, Bird Mechanical completed the acquisition of R.G. MacDuff Contracting Ltd.
2017
Bird Mechanical established an HVAC/R Division to further diversify and strengthen the company’s service offerings for our clients.
2016
Marking the 45th year in business, Brian Bird announced he would be stepping down as President and would take on the role of Executive Chairman. With this announcement, three new executives were appointed to ensure a stable and successful future. Brandon Bird took over as Chief Executive Officer for the company while Rey Galac became the Vice President, Estimating and Dan Lewis became the Vice President, Construction.
2015
Bird Mechanical relocated the office to join the fabrication shop, supporting departmental growth while remaining well-coordinated. Later in 2015, Bird Mechanical landed yet another large project for William Osler Health Systems at Etobicoke General Hospital. The Early Works Project involved upgrades and expansion to the current heating and cooling systems in order to prepare for the future patient tower expansion project.
2014
Bird Mechanical completed the 100% acquisition of John McKenzie Plumbing and Heating Ltd. The company was a family run business, which shared our same values. This acquisition allowed Bird Mechanical to expand and grow our Service & Small Projects Division.
2013
In 2013 Bird Mechanical reached another milestone. To facilitate rapid business growth with a focus on prefabrication, the fabrication shop was moved to a 40,000 square foot facility. This much larger space could accommodate current and future growth.
2011
This year marked Bird Mechanical’s 40th Anniversary and saw the expansion of Bird Mechanical’s head office.
2010
Bird Mechanical was awarded its largest contract to date, Toronto Old City Hall HVAC Upgrades. The historic building remained fully operational while the upgrades were completed. The project was completed with multiple phases over six years with a total contract value of $20 Million.
2009
Bird Mechanical ventured into the realm of Building Information Modeling (BIM) and completed its first project for a Data Centre expansion of 100,000 square feet using the new software. This set a precedent for the way we look at executing projects.
2006
The company moved to a newly custom built location and expanded into the pipe fabrication business.
2003
Bird Mechanical began managing larger projects and construction revenues as a Prime Contractor.
2002
Brandon Bird joined the family business with plans to further the success of the company and later transition into an executive role.
2001
Bird Mechanical was awarded a $7.7Million dollar project for the Chiller & Cooling Tower Replacement for the Hospital for Sick Children. It was the largest project at the time that moved the company to the next level. The company successfully transitioned into an ICI Mechanical Contractor. Brian rebranded the family business under the new name, Bird Mechanical Ltd., to more accurately reflect the company’s focus and direction.
1991
Jack Bird retired after a successful career. Brian Bird took over Jack Bird Plumbing & Heating and carried on his Father’s Legacy. Brian began changing the focus away from Residential and transitioned the company to the Mechanical ICI Markets.
1976
Brian Bird started his plumbing apprenticeship and joined Jack Bird Plumbing & Heating.
1971
John (Jack) Bird opened Jack Bird Plumbing & Heating serving the residential and commercial plumbing and heating community.